As we enter the new year, it’s always useful to identify the direction in which the wind is blowing in order to adjust course accordingly. Amidst the rapid developments and countless changes in the landscape, it may seem difficult to decide exactly what to focus on.

Based on our research and conversations had with financial services leaders, we’ve put together this list of 7 trends set to shape finance in 2022.

1. Moving to the Cloud

The need for business agility and increased computing power in financial services is driving more and more institutions towards the cloud.

Although there are strict requirements governing the contents of the cloud (mainly due to privacy concerns), there has been growing adoption in financial services to successfully deploy power-intensive applications that use Big Data and AI.

Financial institutions use APIs both to expose data and to consume data. However, it is unfeasible to handle large amounts of data with today’s legacy infrastructure. For this reason, FIs are considering not only moving more business-critical functions to the cloud, but transforming their systems into cloud-native environments.

For example, JPMorgan Chase recently announced that they would be moving their retail banking operations to a new cloud-native platform, essentially replacing the legacy core banking system with more modern cloud technologies.

The Cloud brings a number of benefits to the financial services industry, enabling banks to scale cost-effectively and deliver superior digital services to their customers.

Related to the above issue is the broadening scope of banking APIs. According to Innopay, in Q4 2021, there was a 17% increase in APIs offered per bank compared to the previous year. This implies that banks are proactively extending their API scope beyond regulatory requirements (i.e. beyond payments and accounts). 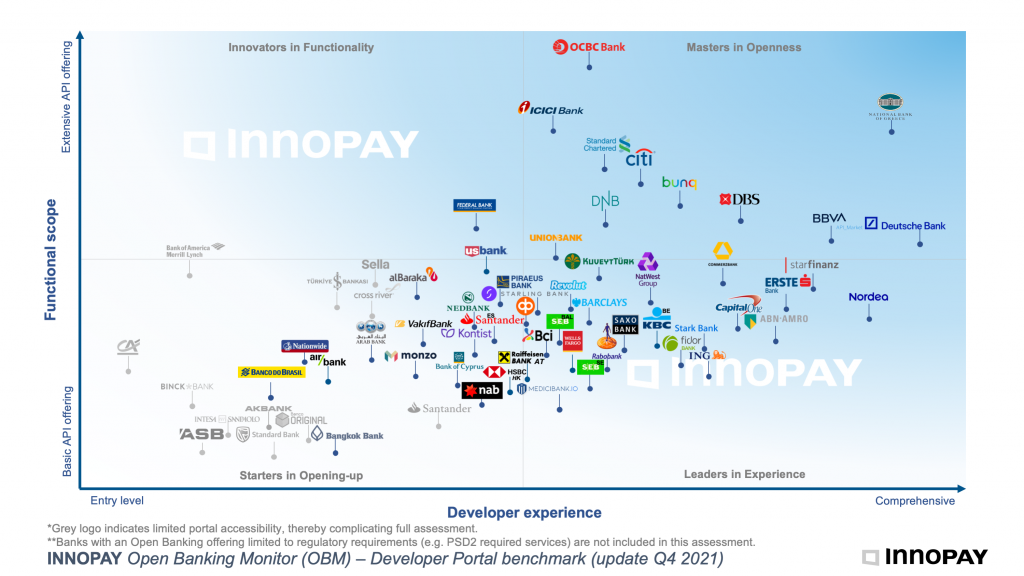 Open Banking leaders are exposing interfaces related to different types of accounts or even to full capabilities that allow third-party providers to carry out operations that would have previously been impossible.

Financial institutions should be thinking about identifying new opportunities in the market and exposing a wider range of APIs to cater to those needs. This is not just for reasons of innovation but also to stay ahead of the general curve.

Payments and accounts APIs were never meant to be the final form of open banking.

The boundaries between TradFi (Traditional Finance) and DeFi (Decentralised Finance) will continue to blur in 2022.

Blockchain has caused major disruption in the past 5 years and has largely been regarded as either too risky or too abstruse by the financial services sector. But the increasing interest on behalf of consumers, institutional investors, and regulators is a sign that, despite current uncertainty, this technology is here to stay.

Last year, bitcoin became legal tender in El Salvador, and other countries including Panama and Paraguay are now eyeing cryptocurrencies. In the Open Banking world, Berlin Group’s Work Plan for 2022 includes considerations regarding how smart contracts on blockchains should interact with APIs for payment initiation.

However, the landscape is fragmented and divided into different realities. On one side, established traditional financial institutions and challenger fintech companies offer regular bank accounts and, on the other, nascent blockchain companies offer digital blockchain wallets. In other words, we have off-chain and on-chain players. The role of open banking in this environment is clear, and the movement is now starting to be considered as the “ramp onto the blockchain” for financial services.

In 2021, there were around 300 million digital currency users worldwide. There are already a myriad of blockchain solutions for their needs: Consumers use crypto wallets to store their digital currencies, CEXs and DEXs to buy, sell, and trade, and NFT marketplaces to invest in the digital future. 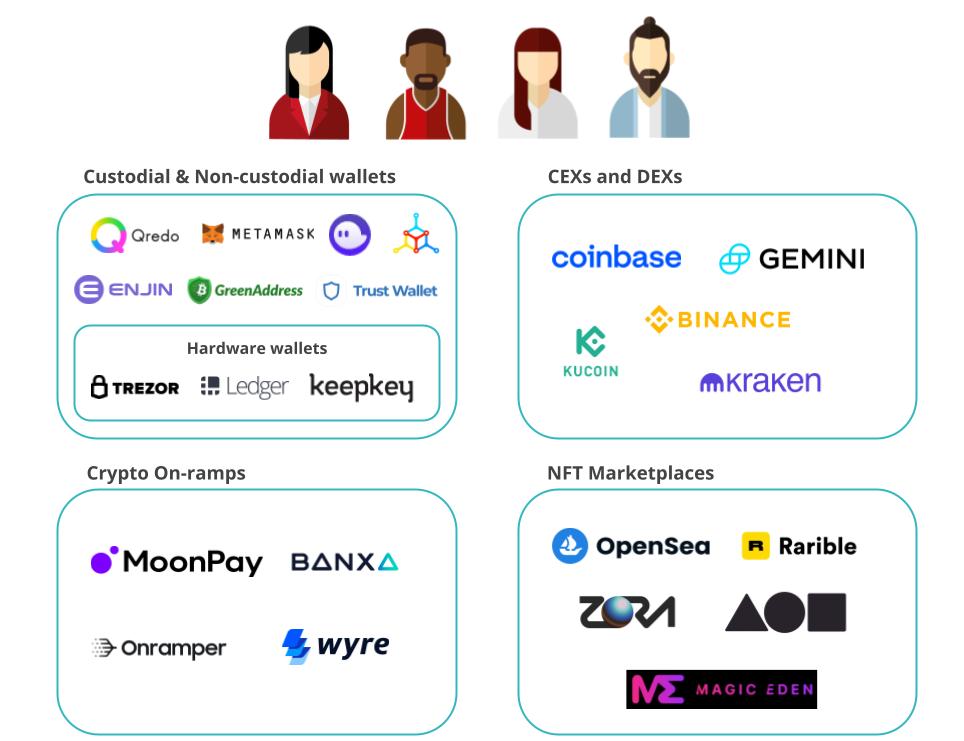 An increasing number of financial institutions are starting to offer blockchain banking services, including Commonwealth bank, US Bank, and Banco Agrícola.

Instead of trying to reinvent the wheel, banks can leverage open banking to integrate existing blockchain solutions and help their customers manage their cryptoassets.

Customer needs in banking aren’t limited to storage of assets. Sometimes, needs originate from a larger problem, in this case a global problem. 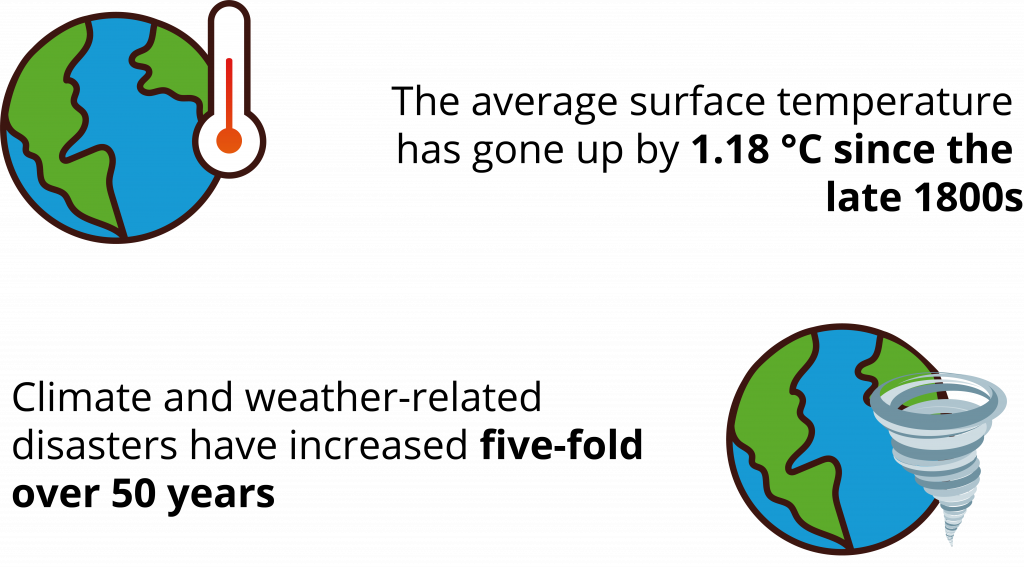 The pandemic has become the world’s top priority in the last 2 years, but COVID-19 hasn’t stopped the temperatures from rising. Do you know what the main driver of climate change is?

Manufacture and distribution of consumer products make up over 70% of all human greenhouse gas emissions. Some products have a larger CO2 footprint than others, but this information isn’t readily available when, for example, shopping for groceries. It’s difficult to keep up with the evolution of climate change and associated information.

But some innovators are changing that. Bunq, a well-known European challenger bank, plants a tree for every €100 spent with the Easy Green account, promising to make users “CO2-free” within 2 years time. The Tred debit card lets users plant trees, and also enables them to connect their external bank accounts to calculate their overall carbon footprints.

Doconomy, a Swedish fintech that has been operating since 2018, offers the DO Card to track the CO2 emissions of every transaction, helping consumers in Sweden make sustainable spending decisions. Doconomy has recently formed partnerships with several organisations such as Algbra, Patch, and the Shariyah Review Bureau to deliver tools for climate actions to a wider audience.

It’s all about information. Data doesn’t solve the problem, but it can help draw attention to the problem.

With time running out, we expect to see more financial services providers developing solutions that consumers and businesses can use to cut their carbon footprints.

This may be a more familiar trend – maybe too familiar – but it continues to live on in 2022.

One obvious issue in open banking that has yet to be resolved is the annoying trade-off between user experience and security. For example, customers don’t love re-authenticating every 90 days. Similarly, it’s not fun to bounce from window to window on a phone, or to exit the application to read the 2FA code.

There are already ways to reduce the friction caused by 2FA. For example, a phone can automatically detect the passcode in the text message and autofill the request.

Moving deeper into the startup world, into the unknown, we find some shrewd solutions to this pesky problem. For example, TypingDNA is a 2FA solution that uses keystroke authentication to allow users to verify their identity just by typing. This results in quicker authentication and a genuinely fresh experience.

Until now we’ve been talking about authenticating users who want to log in or make a payment; users who already exist in the system. But what about new clients who want to open bank accounts? Here, we dive into the topic of digital identities.

While the world shouts loudly about Web 3.0, a quieter conversation is happening about digital identity 3.0.

The first evolution of Digital Identities came when passing from a centralised, password-based identity that would only work with one company, to a decentralised way of verifying identities, allowing users to sign up using existing social accounts such as Google or Facebook.

Now we’re in the heat of the third revolution. Digital identity 3.0 makes use of biometric data to verify user’s identities and is mostly consumer-centric.

As many in the Open Banking space know, the first layer of the India Stack is an excellent example of an avant-garde digital identity program. The India Stack consists of three layers: Identity verification, Interoperable Payments and Consent-based data sharing.

The first layer is based on Aadhaar, an identification system launched in 2010 by the Unique Identification Authority of India (UIDAI), which acts as custodian for all the information collected. Citizens can apply for an identification number that’s based on their biometric information such as fingerprints, iris scans, and other data. This has since then extended to the banking sector to facilitate authentication.

The European Union also announced that they would be moving towards digital identities, using a digital identity wallet to verify users online and offline. This would hopefully result in a unified digital identity that can be used across various disconnected services without the need for a central repository.

In addition, with blockchain comes a certain degree of anonymity, and thus a need for more sophisticated identity verification methods.  To address this, OBP and our partner API3 have already developed dAuth, a decentralised authentication mechanism that successfully pins an on-chain actor to an off-chain legal entity (or a representative of that entity).

The gap between digital and physical identities is growing ever narrower.

In 2022, we’ll see different evolutions of auth and digital identities come into being and consolidate to find their place in the financial services industry. While banks in some countries may be either limited or enabled by regulation, it makes sense to get ahead of the curve and start thinking about how identity verification will be changing in the next few years.

7. The metaverse and NFTs

The metaverse is a digital realm in which users live, work, play, and create with their friends and colleagues as they would in real life. Decentralised metaverses operate on blockchain technology and usually have their own native coin or token. What’s more, they empower users to actually own their digital assets.

Non-fungible tokens (NFTs) are relatively new data units that enable proof of ownership in the metaverse. These tokens can represent anything from digital land, art, clothes and more, and they prove that the holder is the owner of the specific digital asset.

Metaverses such as Decentraland and The Sandbox have been gaining popularity among investors, who are willing to spend thousands of dollars to buy plots of digital land or avatars. The reason why this trend is so important in finance is that it is finance. Metaverses are creating their own economies with their own legal digital currencies. They are worlds in which people will buy, sell, and trade in an ear-splitting cacophony of transactions.

Fintech will be as indispensable in the metaverse as it is in the physical world. Fintech companies will be able to offer new and immersive experiences to help customers better manage their money, whether crypto or fiat.

But the metaverse is not just for Fintechs and Blockchain companies.

In South Korea, banks have already started making a move. For example, KB Bank – one of the largest financial institutions in South Korea – has started testing its KB Metaverse VR Branch. The bank aims to allow customers to interact with their finances in the metaverse. From checking their financial information to designing investment portfolios – KB Bank customers will be able to do it all by wearing a VR headset.

That’s just one use case being explored. There’s more than one way to get into the metaverse, with most still to be discovered. As with other innovations, it will be a case of understanding where your customers need you most and learning how to correctly position your organisation in the metaverse.

The aim isn’t to replicate physical banking and insert it into the virtual world, but to use the metaverse’s immersive potential to find new ways to experience finance.

It would be repetitive to simply summarise what is said above, so I’m going to leave one last observation, which you already know is true:

2022 is the year to carefully choose your partners for the years to come. It is the right time to lay a strong foundation and plan your next move. We’ve all felt the change in the wind, and the time is ripe to plot your course.

Participate in our latest Blockchain Survey 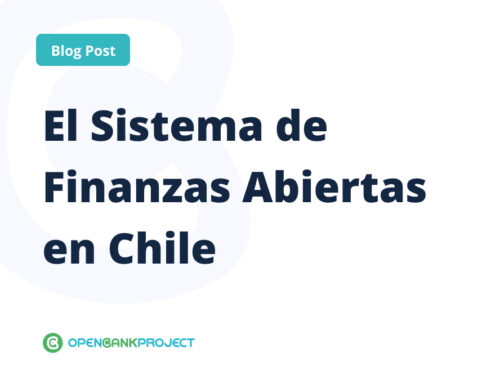 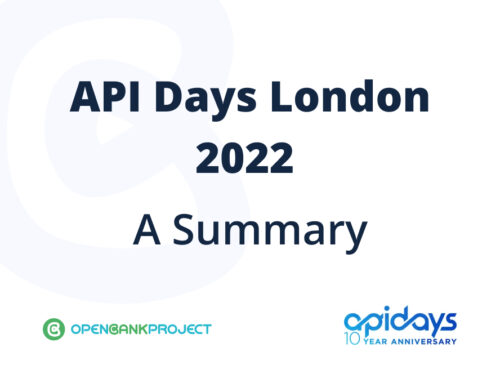 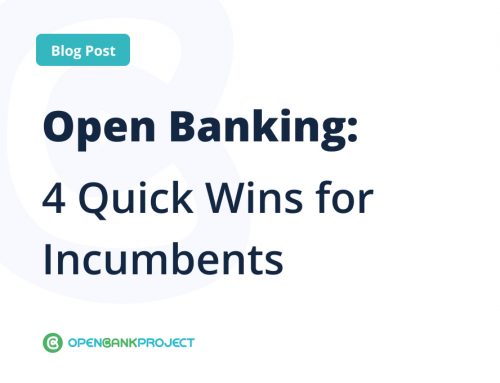 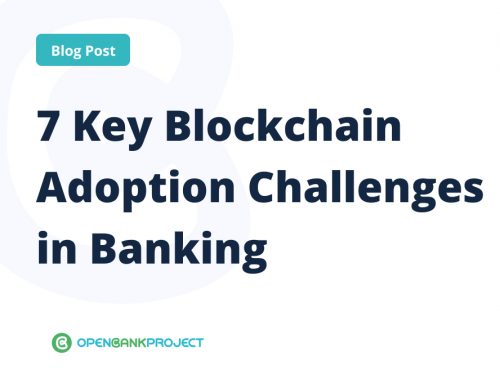 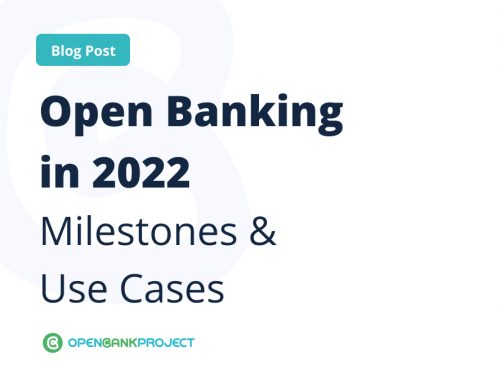