Around 2000 BC in Assyria and Babylonia, the first prototype banks began to form. Back then, financial services were merchants who made grain loans to farmers and traders. An extremely simple structure compared to the modern banking system, which was born in the 16th century and has silently advanced until today. This progression is, in part, a result of the requirements and guidelines established by the governments. Yes, we are talking about banking regulations. 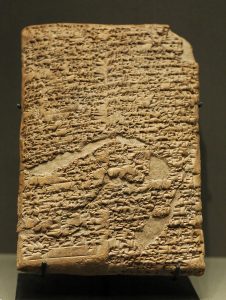 Although we think that these regulations are modern creations that only develop in the late 19th century, they can actually be traced back to as early as 1700 BC. Even the “Code of Hammurabi”, very early writing on a clay tablet from the Mesopotamia region, references banking activities and “stipulates the terms of the contract in strict terms”. For a more familiar example, we can pop forward to the Roman Empire. Temples, which were the center for lenders who provided loans and accepted deposits, were also eventually regulated and formalized.

So, we know that for as long as banking has existed, so have the entities that regulate these institutions and set certain standards to ensure security, risk reduction, and market transparency. In other circumstances, when the word “regulation” is used, it often evokes a feeling of restriction. A loss of freedom. However, if you carefully examine the history of banking and the role that regulations have played, you might start to see them in a completely different light. In fact, banking regulations have supported humankind, allowing a steady transformation and continuous engineering of the economic systems.

A big portion of banking regulations blends with payment regulations. In particular, as we return to the present day, the model suggested by the Payments Service Directive 2 (PSD2) acts as a stepping stone to an integrated digital economy. Approved by the European Commission in 2015, PSD2 requires financial institutions to allow certified Third Party Providers (TPPs) to initiate payments and access customer transaction histories and account data with their consent.

The immediate and quite obvious reaction is: “Why should I, bank, provide everyone access to my customers’ data?” Well, it is important to understand that the benefits of PSD2 are not exclusive to the TPPs and consumers. In fact, there are many ways for a financial institution to expand its circle of influence by leveraging the infrastructure needed to comply with PSD2 Regulatory Technical Standards (RTS).

Of course, there are some hurdles to jump, some obstacles that must be overcome to reach the desired destination. For example, how will banks establish Strong Customer Authentication (SCA) while keeping the service free of delays? Well, that’s part of the creative process! Another feature of the Open Bank Project PSD2 Suite is the deciphering of crucial data, its categorization, and the procedure of making it accessible for TPPs in a way that it can be easily utilized. The complete control that the financial institution has over who receives what type of data opens doors to many diverse business and partnership opportunities. For more details, look into our new report, PSD2: Focus On Action.

With the deadline for compliance at our doorstep (September 14th), one almost feels chained down by PSD2. Financial institutions are struggling to check things off their “PSD2 To-do list” without realizing that they are not only doing this to comply. The proposed RTS are actually the key to being elevated into this digital economy that we talk about. In a hundred years, if the human race is still around and thriving, we will have an economic system unrecognizable to us today. Hopefully, an admirable and transparent system, not one worthy of disappointment.

PSD2 brings us not to the apotheosis of innovation as there is no end to progress. Yet, it certainly drives us in the right direction. The financial institutions in Roman times had no idea where the banking regulations would take them, just as we cannot peek into the future to know what is to come. This is why history is important, we look back at the effects of a certain event and decide whether it is best repeated or not. Well, if one examines these 4000 years since the beginning of banking, one can definitely come to the conclusion that PSD2 is nothing but a tool of which the purpose is to help us reach the next level.

We’ve gone from grain loans and clay tablets to wireless global payments and blockchain. Who knows what we’ll concoct next!

A thank you to Luca Borella, a financial economist, for his important contributions to the post.